Serbia announces its investment of EUR 1.3m into the Enterprise Innovation Fund

Back to all articles

Belgrade, Serbia – June 21 2017 – The Government of Serbia signed an Agreement to join the Enterprise Innovation Fund (ENIF) as a Limited Partner. The Serbian Government joins ENIF in the subsequent closing, bringing the total fund size to more than EUR 41M available for in-vestments in early stage technology companies in the Western Balkans.

At the signature event today both the Minister of Economy as well as the Minister of Education, Science and Technological Development were present to mark the importance of the occasion. The investing entity, the Serbian Innovation Fund was also represented, as was the European Union Delegation to the Republic of Serbia. EIF, EBRD and KfW were also present as investors in the Fund. Mr Jan Kobler, the Managing Partner of South Central Ventures also spoke and the event together with Mr Igor Jović from City Expert — a Serbian enterprise which has already received funding under ENIF — who shared his experience. 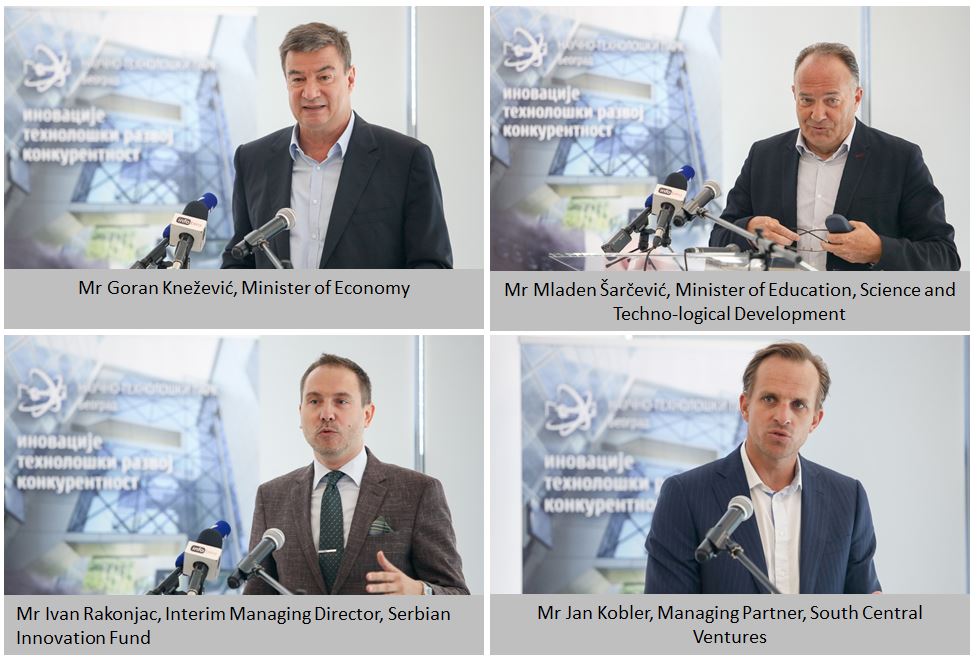